First Steps after You’ve Been in a Semi-truck Accident

When you’re involved in an accident with a semi-truck, after you’re sure that everyone involved is safe and have called 911 to report the accident, it’s vital that you call an attorney like me. Together with the police, we must protect your future claim by properly documenting and protecting the evidence at the scene of the crash.

Being able to see the scene of an accident right after it occurred is incredibly helpful when determining who is liable and explaining what occurred in court. Photographs and video of the scene directly after the accident help people who weren’t there, including judges and juries, understand what occurred on the ground. If it’s safe to do so, you should take these yourself. The higher the speeds when the accident occurs, the larger the scene of the crash is. As I will tell you when you call my office, you should take photos and video of the entire scene and photos of physical evidence such as skid marks, damage to vehicles, and damage to the environment like barriers, fences, and trees. Both wide shots and close photos of small details are important. Your photographs and videos, alongside your account of what happened, are the very foundations of your case.

Determining who is liable in a car wreck can be difficult, but this is especially true when a semi-truck is involved. We often assume that the semi-truck driver is at fault, and he may be, but many other factors may also be involved. How the road was designed or maintained could have contributed to the accident, which would make DOT liable. The accident might have been caused because of the negligent actions of a driver who didn’t stop, making that person liable. A tire, muffler, or other piece of equipment might have been installed improperly, which would make the mechanic liable. A truck may have been improperly loaded or maintained, making the trucking company liable. The more information I have as early as possible, the more quickly I can investigate and determine who is liable in your case.

If you’ve ever watched a police drama on TV, you may remember hearing about “chain of evidence.” Police officers and detectives must carefully document who physically had possession of the evidence from the moment those items left the scene of the accident until the moment it arrives in court for your case. If you call me immediately after an accident, I will help ensure the chain of evidence is properly begun by making sure all physical evidence is documented and collected at the accident site. Also, I always call an expert to download the information on the truck’s black box as soon as possible after the accident. This keeps this vital evidence from being in an unsecured location where the information could be tampered with or corrupted.

Semi-truck drivers are required by law to keep logs on their routes, including when they stopped and for how long, to be sure they’re complying with safety laws. These logs can tell me if the driver was working on too little rest or if the trailer was too heavy. I can even determine if the driver may have been speeding based on when he left the last weight station and the distance to the crash site. But if the police officer who responds to the accident forgets to ask for these logs and secure them as evidence, the driver can take them home and might either lose them or adjust them to try to hide evidence of their wrongdoing. Once again, your case will be strongest if we can make sure the evidence is properly collected and maintained from the very moment of the accident.

You don’t want to depend only on the police to properly collect evidence because they aren’t there to look out for your best legal interests. They are there to fill out a report and clear the road so normal traffic can resume. As your attorney, you are my priority. An injustice occurred that endangered your safety, caused damage to your property, and may have caused resulted in an injury that left you with medical bills or a loss of income. You shouldn’t have to suffer because of someone else’s negligence. Even if the accident has already occurred, it’s not too late to get an experienced attorney on your side. The statute of limitations on most semi-truck accidents is two years from the date of the accident. Contact me today so my team and I can listen to your story and begin investigating on your behalf.

Are you ready to work with Dellacona Law? 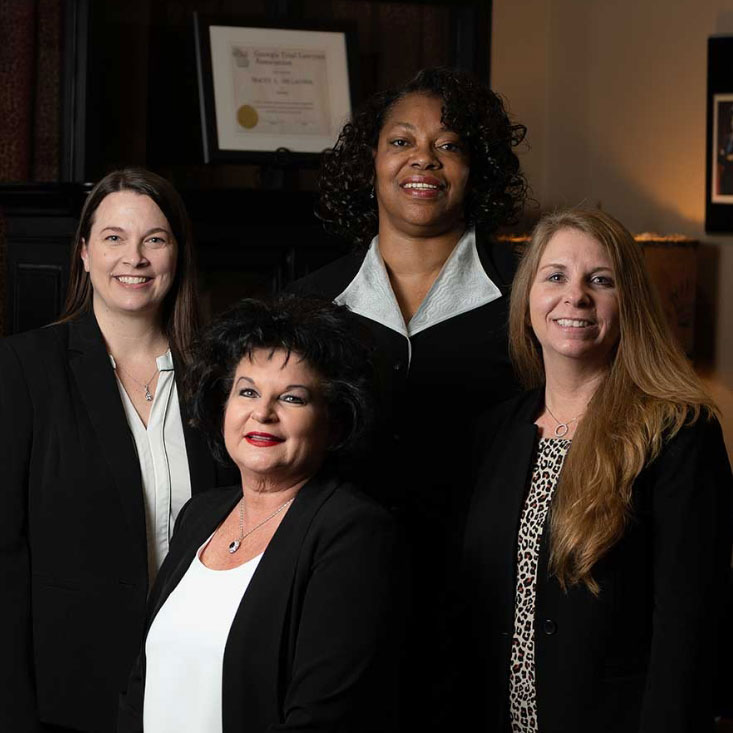